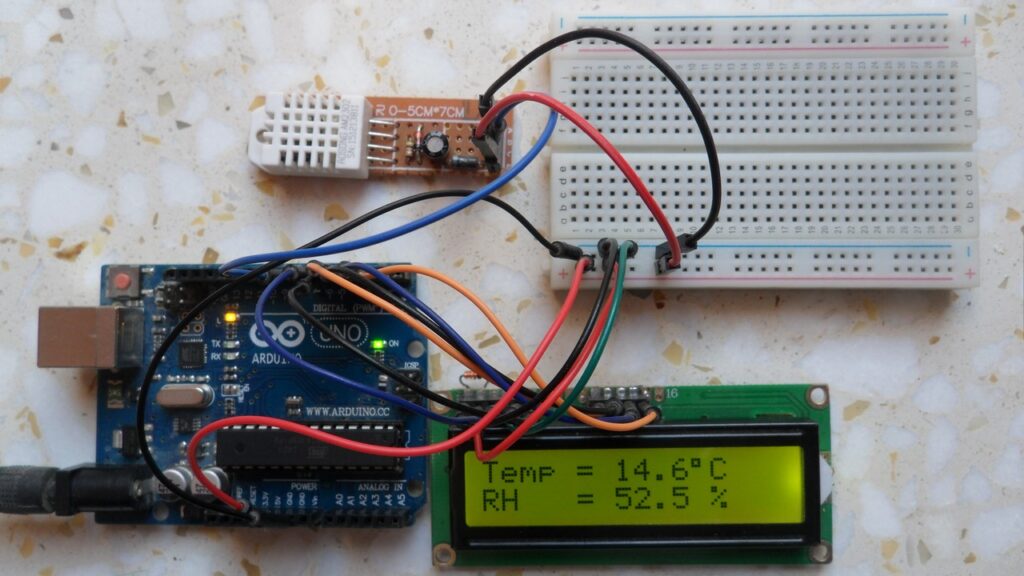 As what was done in the previous topic, the measured temperature and humidity values are displayed on 1602 LCD screen. 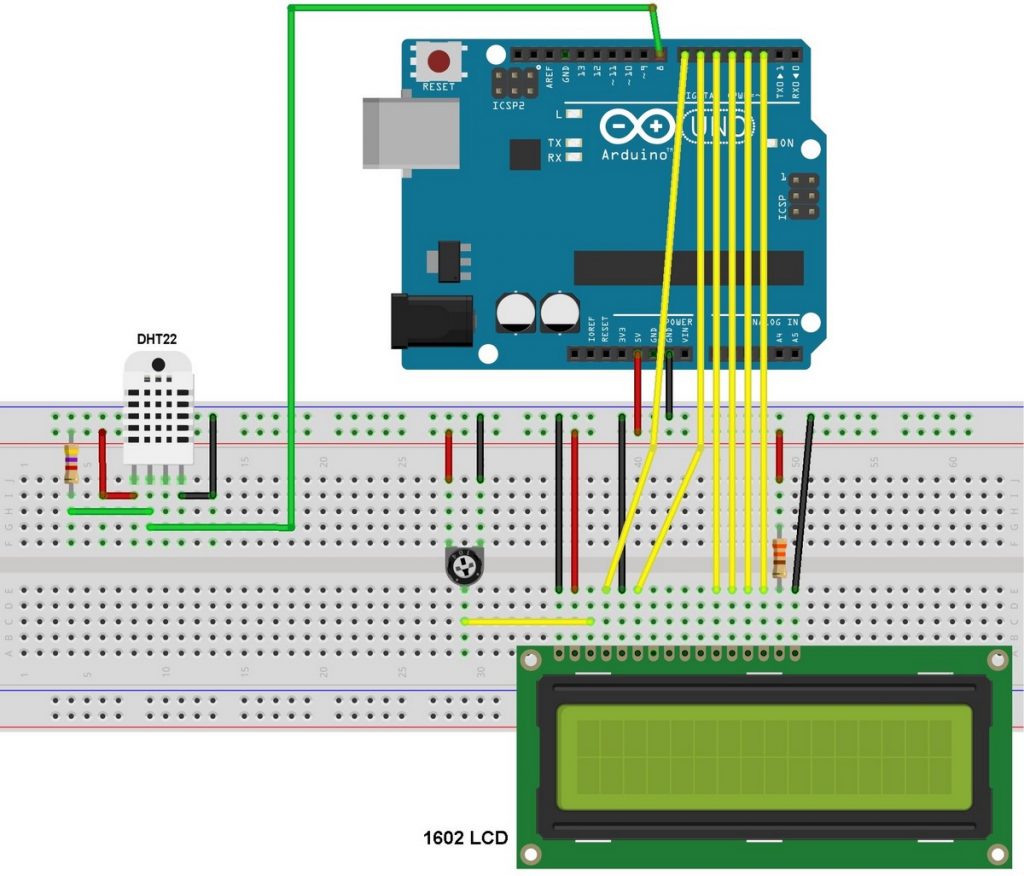 The 10K variable resistor is used to control the contrast of the LCD screen and the 330 ohm resistor supplies the LCD backlight LED.

Arduino Code:
In this interfacing I used DHT sensors library (DHT11, DHT21 and DHT22) from Adafruit. This library initiates the DHT22 sensor and reads the values of the humidity and temperature.
The Adafruit DHT library returns a float number of the humidity as well as the temperature and since the resolution of the DHT22 sensor is 0.1 we need only 1 number after the point. For that I used two variables with type int (signed 16-bit) which are RH and Temp. multiplying the float numbers by 10 gives us what we need as an integer numbers without any point.
The integer values of the humidity and temperature needs to be displayed on the LCD after the reading, and for that I used two character arrays named: temperature (char temperature[] = “Temp = 00.0 C “;) and humidity (char humidity[] = “RH = 00.0 % “;). Humidity and temperature values are copied to the previous arrays before displaying it. For example the temperature value is copied to the array temperature as follows:
temperature[7] = (Temp / 100) % 10 + 48;
This line means the 7th character of the array is equal to the hundreds Temp

Downloads:
Adafruit library for DHT series (after extracting put the folder named DHT in the library folder of Arduino):
Download

To be able to simulate this example, Proteus needs the Arduino library which can be downloaded from the link below. After extracting the files (ARDUINO.IDX and ARDUINO.LIB) put it in the Library folder (ex: C:\Program Files\Labcenter Electronics\Proteus 8 Professional\LIBRARY):
Download