In this example there is no need for file systems (FAT16, FAT32 …) because we’re dealing with raw data which stored in the SD card memory spaces.
CCS IDE serial monitor is used to display the data after reading it and here the UART protocol is used. I used software UART because the PIC16F84A also does not have a UART module.
the link below shows a small PIC16F84A MCU UART example:
Software UART for PIC16F84A microcontroller
In this project I used the MMC/SD card driver for CCS C compiler which is described in the post at the link below:
MMC/SD Card driver for CCS PIC C compiler

The PIC16F84A MCU has only 68 bytes of data RAM which means that it is not possible to load an entire sector of 512 bytes, but we can read many sectors byte by byte. 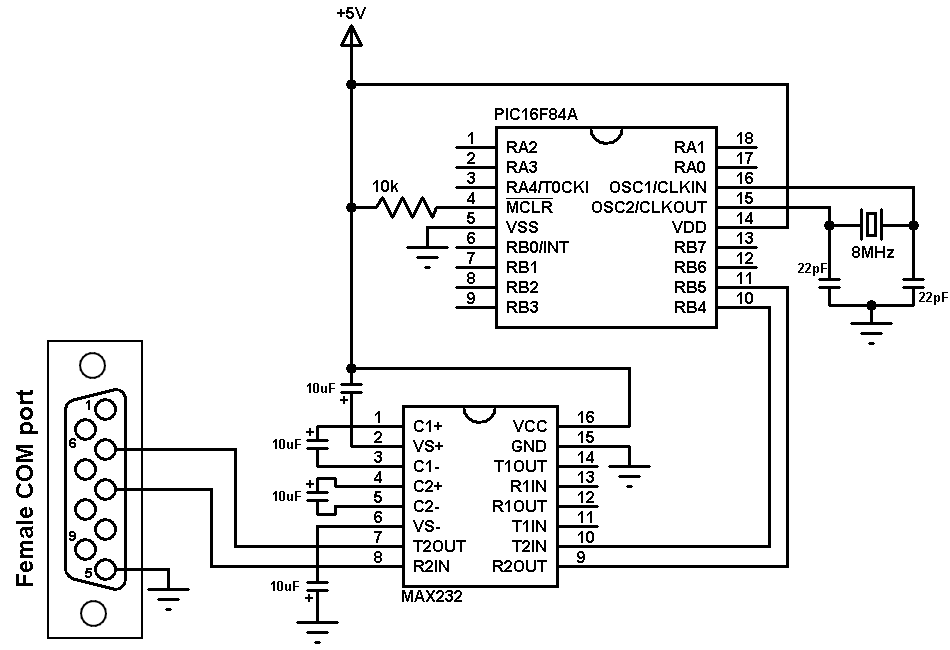 SD Card raw data read using PIC16F84A CCS C code:
The C code below was tested with CCS PIC C compiler version 5.051.
Software SPI is used to interface the MCU with the SD card with 4 data lines: SDI, SDO, SCL and CS.
The code below reads the SD card sector 0, sector size is 512 bytes. To be able to read the whole sector I used the function sdcard_read_byte which allows me to read any byte located in the SD card. For example the function sdcard_read_byte(200, &value); reads the byte of address 200 and saves its data (1 byte) in the variable pointer value.
The functions sdcard_init and sdcard_read_byte return 0 if OK, non-zero if error.
Complete C code is below.

Finally I got the output shown below: 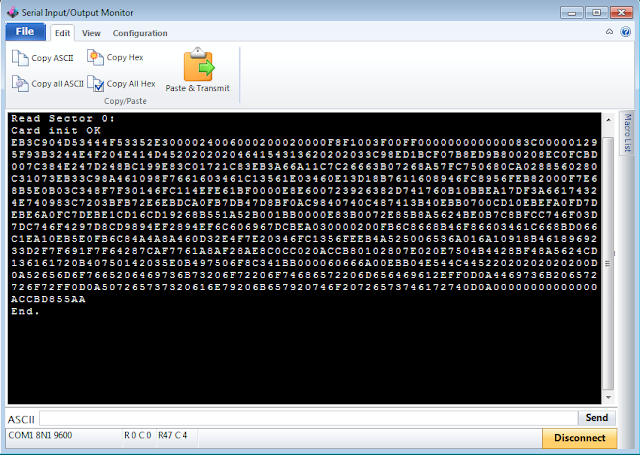