PIC16F877A PORTB change interrupt example:
This is a small example shows how to use the interrupt-on-change feature of PIC16F877A. Circuit schematic is below: 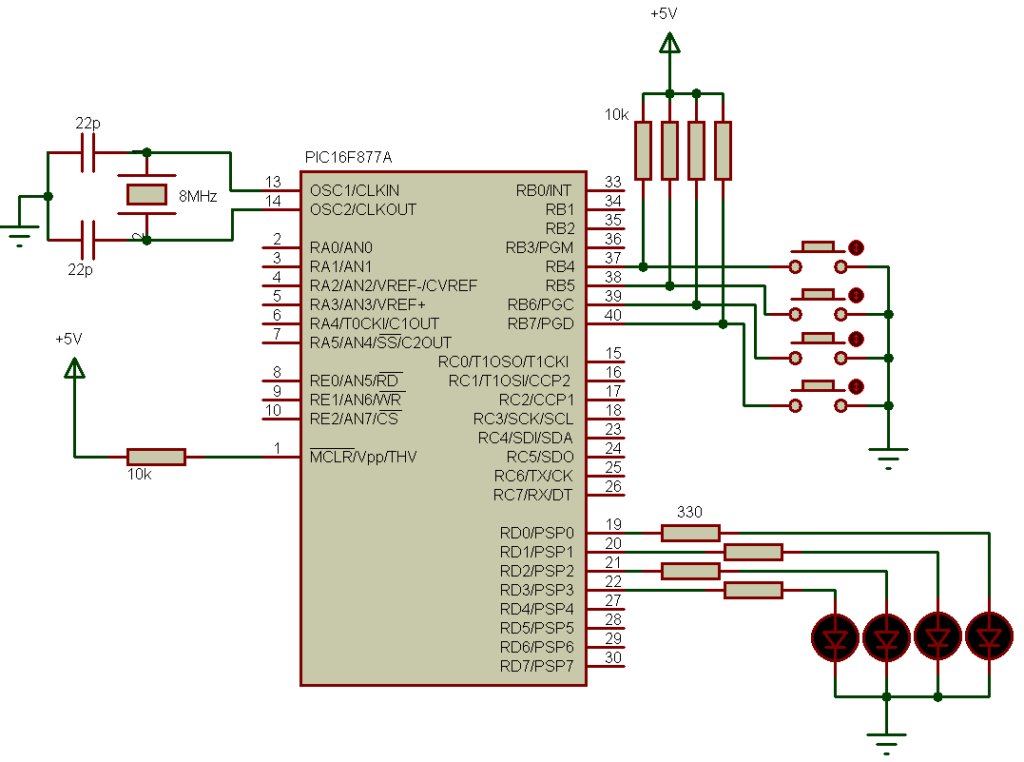 In the circuit there are 4 buttons and 4 LEDs, when a button is pressed or depressed an interrupt occurred and the microcontroller executes the interrupt routine which turn ON or OFF an LED as shown in the video below.