This topic shows how to build a simple temperature & humidity measurement station using Arduino uno board and Seeed Studio Grove DHT11 sensor module.
The values of temperature (in °C) and humidity (in %) are printed on Grove LCD (1602 I2C LCD) and Arduino IDE serial monitor.

To see how to interface the Arduino with Grove I2C LCD, visit this post:
Interfacing Arduino with Seeed Studio Grove LCD

Arduino with Grove DHT11 sensor and 1602 LCD circuit:
The following image shows the connection of the 3 Grove modules (base shield, 16×2 LCD and DHT11 sensor module) using 4-pin Grove cables.
Note that the base shield is directly mounted to the Arduino UNO board. 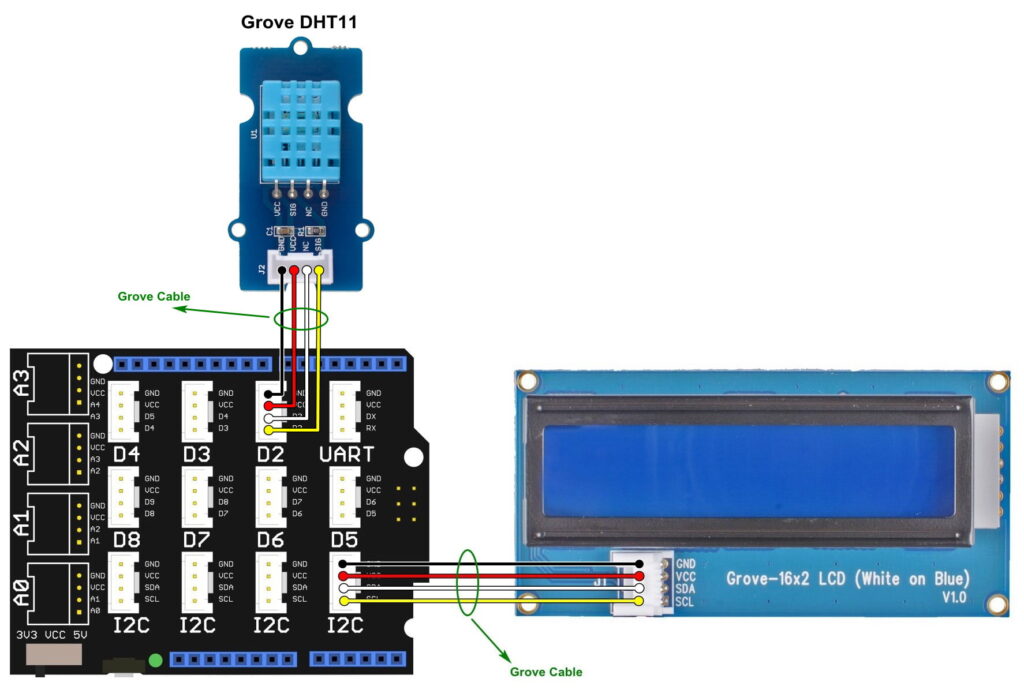 Arduino with Grove DHT11 sensor and 1602 LCD code:
Seeed Studio provides a nice open source library for their LCD module which can be installed from Arduino IDE library manager (Sketch —> Include Library —> Manage Libraries …, in the search box write “grove lcd” and install the one from Seeed Studio).

They (Seeed Studio) also provide a library for their Grove DHT11 sensor but I recommend to use the one given by Adafruit Industries which can be installed also through library manager (in the search box write “dht sensor” and choose the one written by Adafruit) or manually, download links are below:
Adafruit DHT library           —>   direct link

After the download, go to Arduino IDE —> Sketch —> Include Library —> Add .ZIP Library … and browse for the .zip file (previously downloaded).
The same thing for the 2nd library file.

In the Arduino code there are 3 libraries which are included as shown below:

The resolution of temperature and humidity measurements are respectively is 0.1°C and 1%. 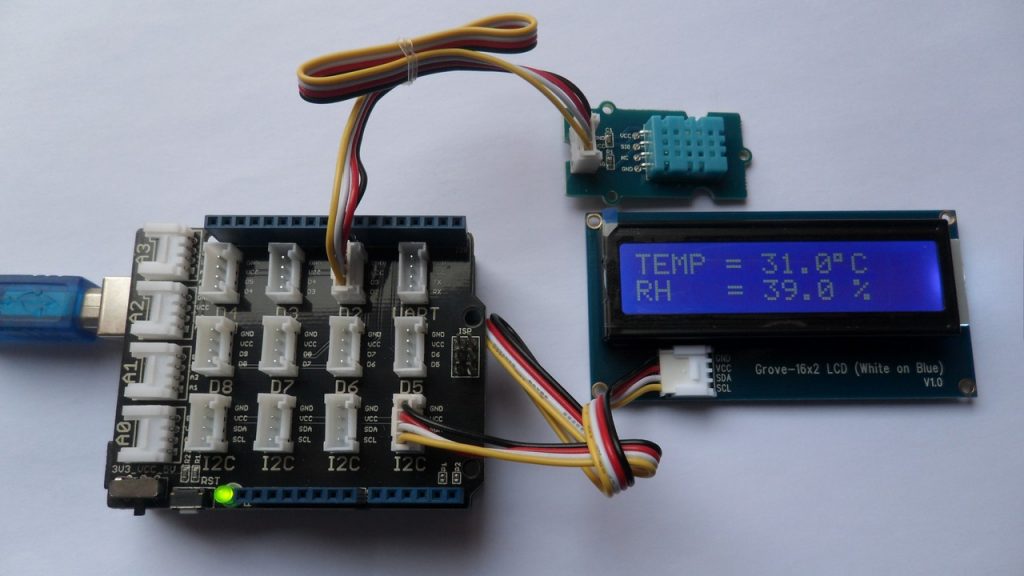