PIC18F4550 UART connection circuit schematic:
Pin RC6 (TX) and pin RC7 (RX) are used for the UART (serial) communication between the microcontroller and the computer. To change between TTL logic levels (5V) and RS232 signals (+/-12V), an IC is needed which is max232.
Don’t connect TX and RX pins directly to an RS232 serial port which may damage your microcontroller. 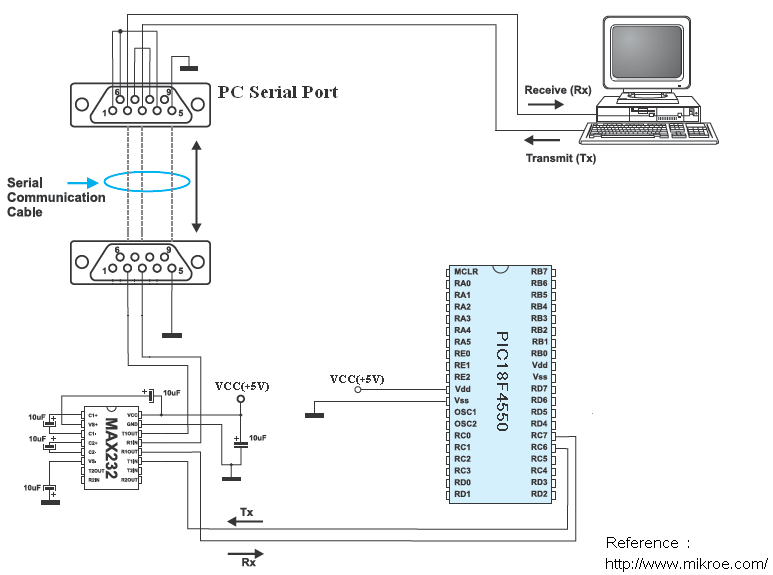 In this example the PIC18F4550 microcontroller uses its internal oscillator and MCLR pin function is disabled.

PIC18F4550 UART example CCS C code:
This is the full C code of this example.