This post shows how to control stepper motor speed and direction of rotation using Arduino UNO board and PS2 joystick.
The stepper motor used in this example is 28BYJ-48 (unipolar stepper motor) which usually comes with its driver board.
In the last Arduino project I build a simple controller for this stepper motor, project link is below:
Arduino Unipolar Stepper Motor Control

The joystick (PS2 Joystick) consists of two potentiometers of 10k ohm (one for the X-axis and the other for the Y-axis) and a push-button. 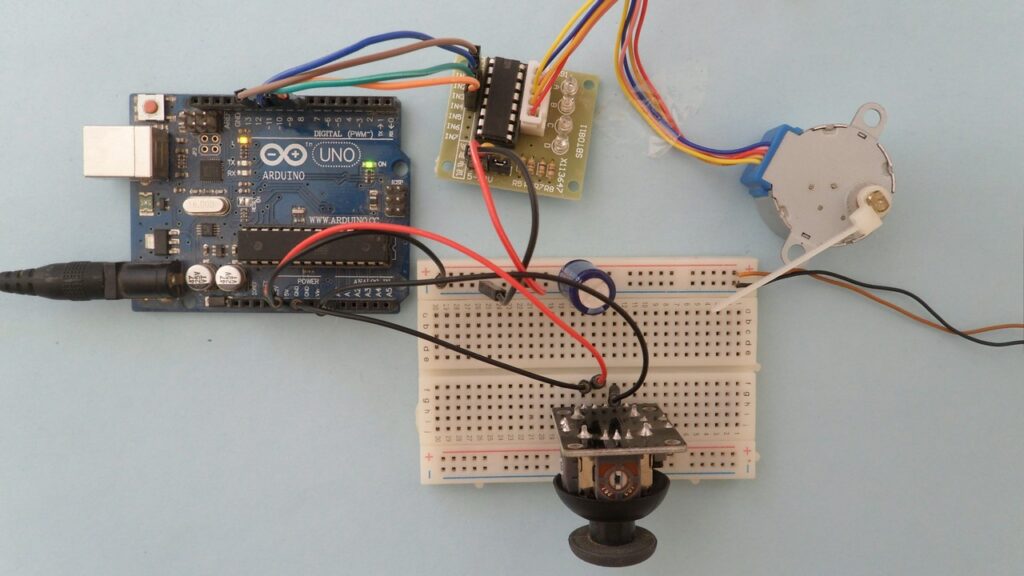 Stepper motor control with Arduino and joystick circuit:
Project circuit schematic diagram is shown below (all grounded terminals are connected together). 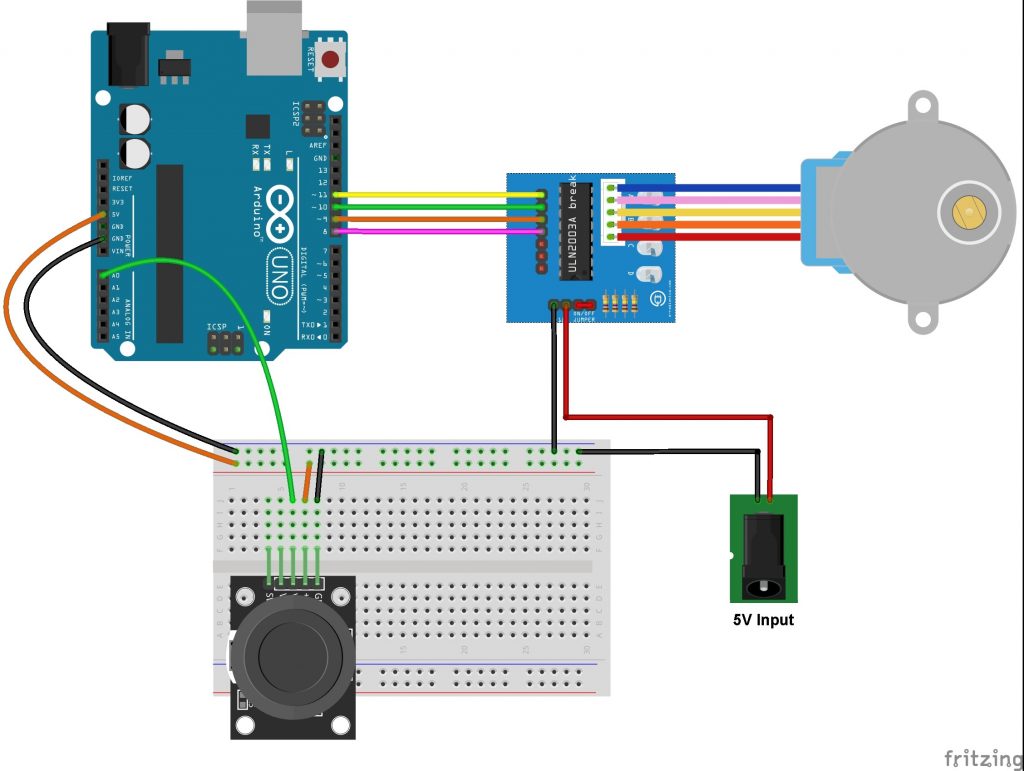 Stepper motor control with Arduino and joystick code:
In this example I used Arduino stepper motor library (built-in) which simplifies the code, it’s included in the code using the following line:

The joystick potentiometer output pin is connected to Arduino analog pin 0, it’s defined in the code as:

When the joystick released, the potentiometer is in middle position and its output voltage is approximately 2.5V, reading it with Arduino should give a digital value of about 511( Arduino UNO ADC module resolution is 10-bit).

In the code I made 3 intervals:
The first one between 500 and 523: in this interval the joystick is released and the stepper motor is not moving at all (all outputs are low).

The second interval when digital value is greater than or equal to 523 where the motor moves in the first direction.

The last interval when the digital value is less than or equal to 500 where the motor moves in the other direction.

The speed of the motor is always between 5 and 500 RPM. Moving the joystick to maximum (both directions) causes the motor to move in maximum speed.