In the last Arduino project, I made a simple motor controller which controls the speed and direction of rotation of CD-ROM bipolar stepper motor. Now I’m going to show how to do the same thing with uinpolar stepper motor.
The stepper motor used in this example is 28BYJ-48 which usually comes with its driver board.

The popular controlling modes of of the stepper motor are: full step and half step. The full step can be divided into 2 types: one-phase and two-phase.

In full step one-phase mode the driver energizes one coil at a time. This type of controlling requires the least amount of power but provides the least torque.

In full step two-phase mode the driver energizes the two coils at the same time. This mode provides the highest torque but it requires twice as much power as one-phase mode.

There is another controlling type called microstepping, this type is more accurate than the half step mode, it requires two sinusoidal current sources with 90° shift. 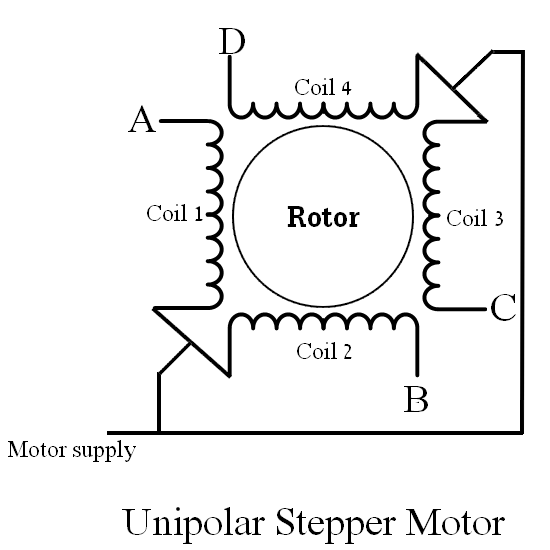 As shown in the above figure there are 4 coils: A, B, C and D. These coils has common point named in the figure Motor supply which is connected to positive terminal of power supply source. Other coil terminals are connected to a motor driver.

The unipolar stepper motor can be driven with L293D motor driver or ULN2003A Darlington transistor array IC. In this example I’m going to use the ULN2003A (or ULN2004) chip.

In the full step control mode always two windings are energized at the same time according to the following table where 1 means the coil is energized and 0 means not energized (both directions are shown): 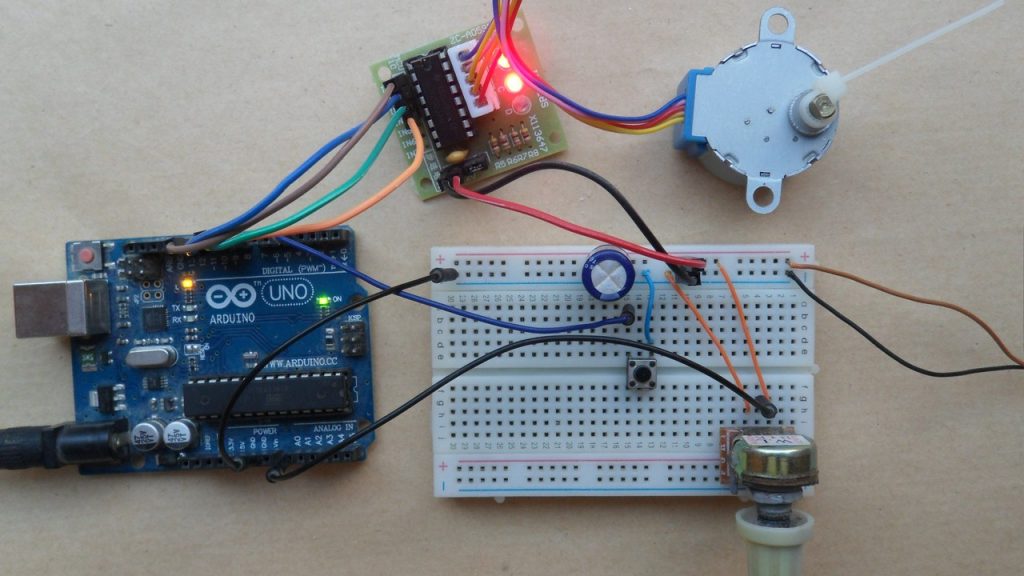 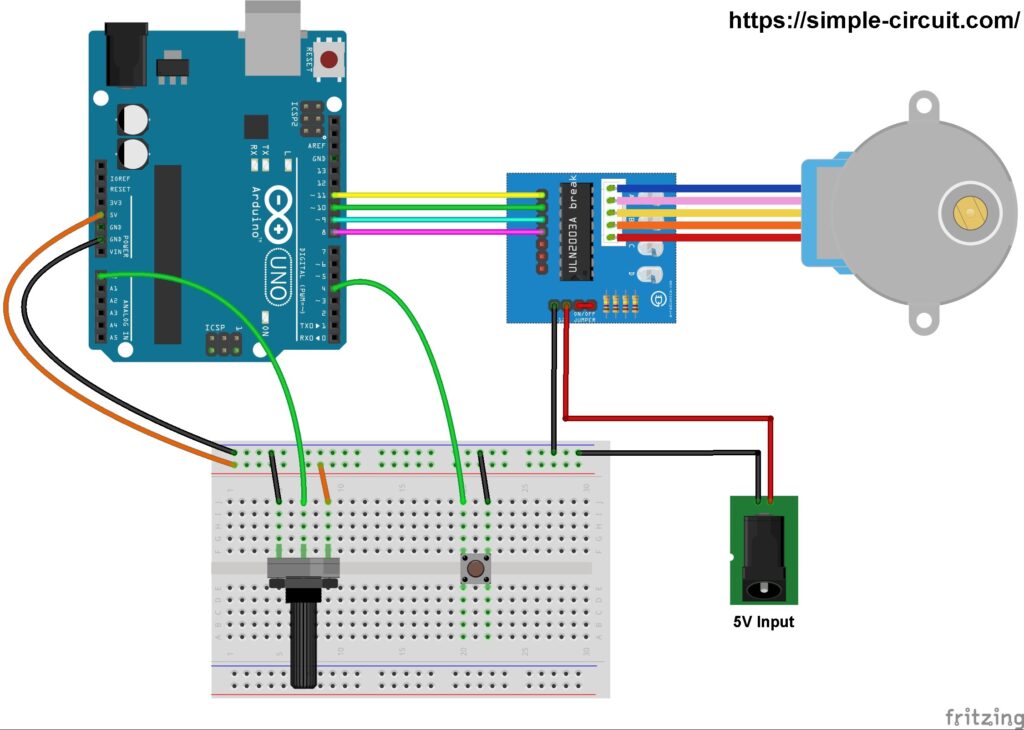 The 10k ohm potentiometer is used to control the speed of the stepper motor, its output pin is connected to Arduino analog pin 0.

The push button which is connected to Arduino pin 4 is used to change the rotation direction of the stepper motor.

When ever the pushbutton is pressed, the variable direction_ will be inverted (1 or -1).