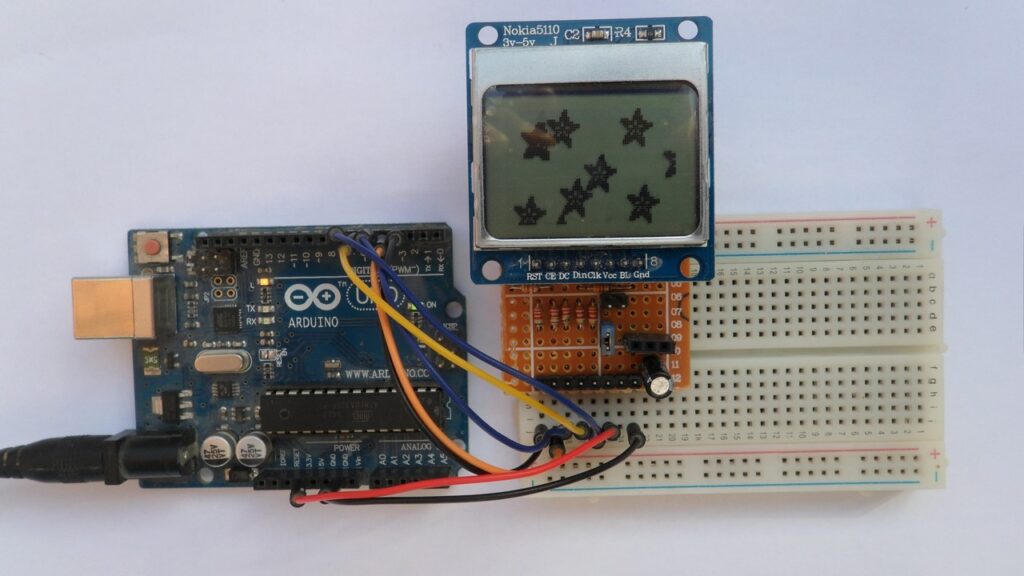 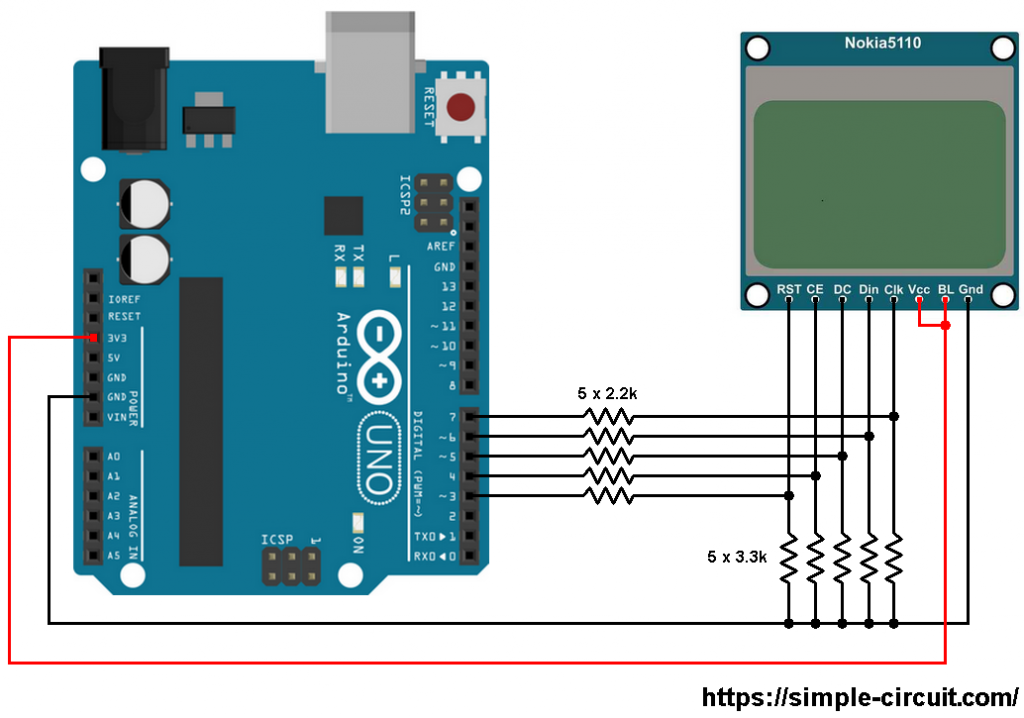 As mentioned above, the Nokia 5110 LCD works with 3.3V only (power supply and control lines). The LCD module is supplied with 3.3V which comes from the Arduino board (VCC pin of the LCD is connected to Arduino 3.3V pin), BL pin is also connected to 3.3V.

All Arduino UNO board output pins are 5V, connecting a 5V pin to the Nokia 5110 LCD may damage its controller circuit.
To connect the Arduino to the LCD module, I used voltage divider for each line which means there are 5 voltage dividers. Each voltage divider consists of 2.2k and 3.3k resistors, this drops the 5V into 3V which is sufficient.

Interfacing Arduino with Nokia 5110 LCD code:
The following Arduino code requires two libraries from Adafruit Industries:
The first library is a driver for the Nokia 5110 LCD (PCD8544 controller) which can be installed from Arduino IDE library manager (Sketch —> Include Library —> Manage Libraries …, in the search box write “nokia” and install the one from Adafruit).

The second library is Adafruit graphics library which can be installed also from Arduino IDE library manager.

Go to Arduino IDE —> Sketch —> Include Library —> Add .ZIP Library … and browse for the .zip file (previously downloaded).
The same thing for the second file. 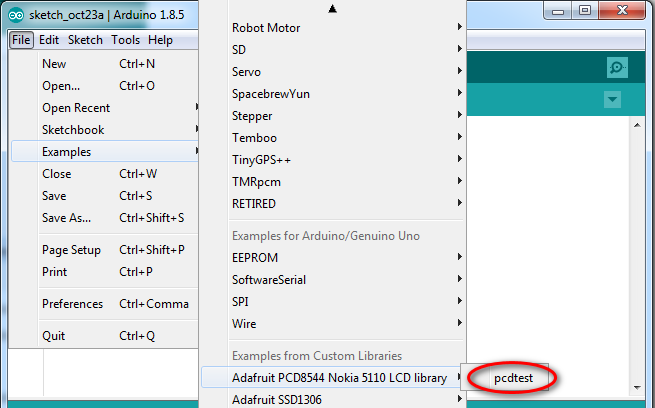 After opening the example press upload and test the circuit!

Testing my hardware circuit gave me the result shown in the following video:

and the following video shows Proteus simulation of the example: