This post shows how to control DC motor speed and direction of rotation using PIC16F887 microcontroller, rotary encoder and L293D motor driver chip.
The compiler used in this project is mikroElektronika mikroC PRO for PIC.

Last time I made a simple controller circuit that controls speed and direction of rotation of DC motor, project link is below:
DC Motor control with PIC microcontroller | mikroC Projects

In this example I used the rotary encoder shown in the following image: 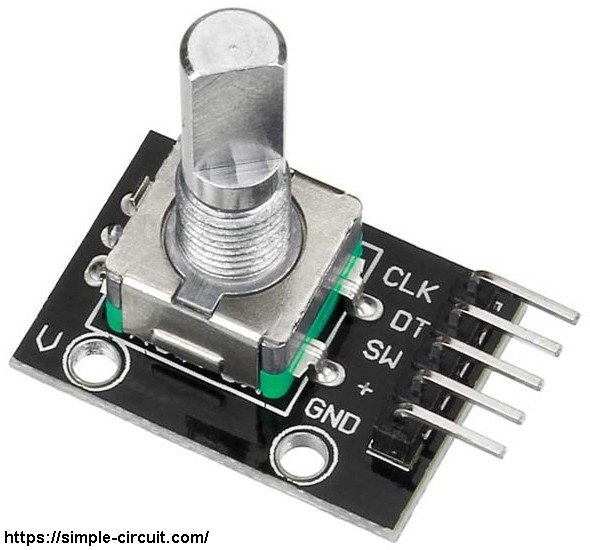 The rotary encoder has 5 pins: GND, + (+5V or 3.3V), SW (push button), DT (pin B) and CLK (pin A).
As an addition to the rotary encoder there is a push button and three pull up resistors for pins SW, DT and CLK of 10k ohm each. With the three pull-up resistors, the normal state of each terminal is logic high.
The rotary encoder generates (when rotating) two square waves on pins A (CLK) and B (DT) with 90° out of phase as shown in the figure below: 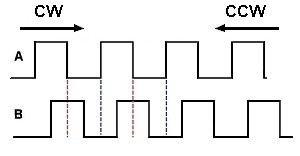 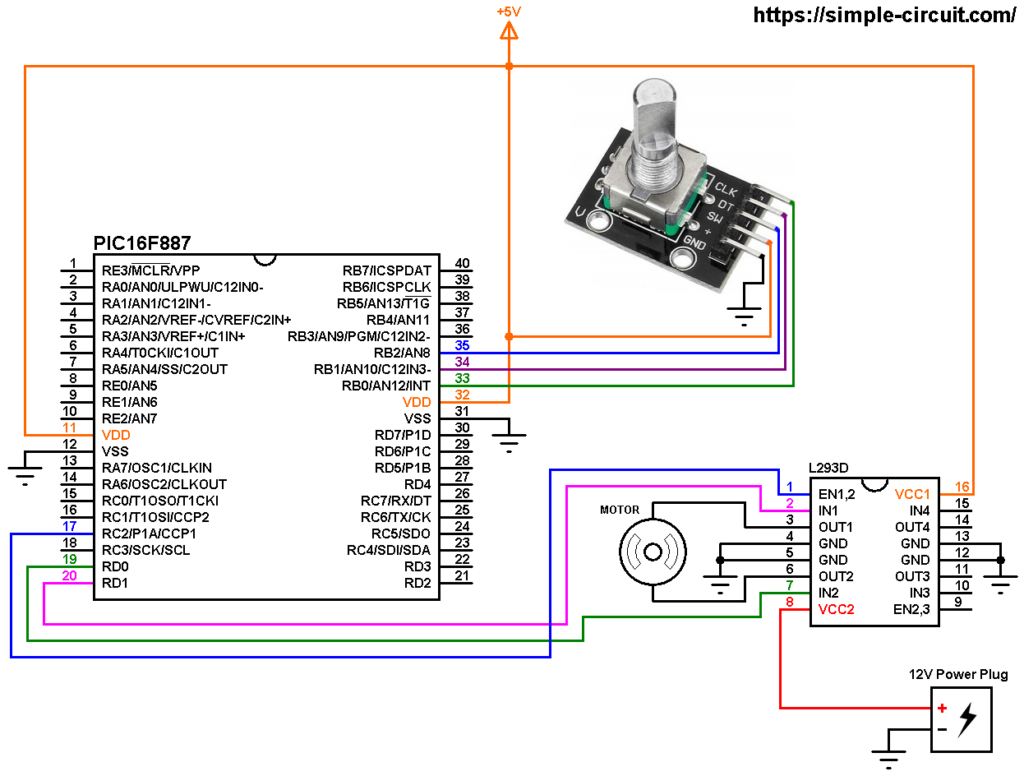 The rotary encoder push button terminal is connected to pin RB2, with this button we can change the direction of rotation of the motor. CLK and DT pins are connected to RB0 and RB1 respectively.

In this project the PIC16F887 microcontroller uses its internal oscillator @ 8 MHz, MCLR pin is configured as an input pin.

DC Motor control with rotary encoder and PIC16F887 C code:
The following C code is for mikroC PRO for PIC compiler, it was tested with version 7.2.0.

Internal weak pull-up is enabled for pin RB2, the following lines are used for that:

PORTB interrupt-on-change is enabled for pins RB0 and RB1 which are respectively connected to CLK and DT pins of the rotary encoder. This interrupt detects falling and rising of the two lines:

The following video shows a similar hardware circuit where PIC16F877A microcontroller is used: