In the last project I made a half wave controlled rectifier using Arduino UNO board and one thyristor (also called SCR).
This topic shows how to build a full wave controlled bridge rectifier using Arduino uno, 2 thyristors and 2 diodes (semi-converter).
A rectifier is just an AC to DC converter.
No warranty is provided with this project, do it at your own risk!
AC: Alternating Current.
DC: Direct Current.
SCR: Silicon Controlled Rectifier.

Last project link is below:
220V Half Wave Controlled Rectifier with Arduino

The figure below shows a general schematic diagram of half-controlled bridge rectifier (semiconverter), which uses two thyristors and two diodes: 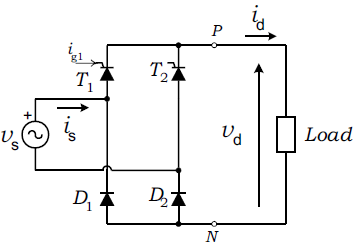 220 V Full wave controlled bridge rectifier with Arduino circuit:
A detailed circuit diagram of the project is shown below. 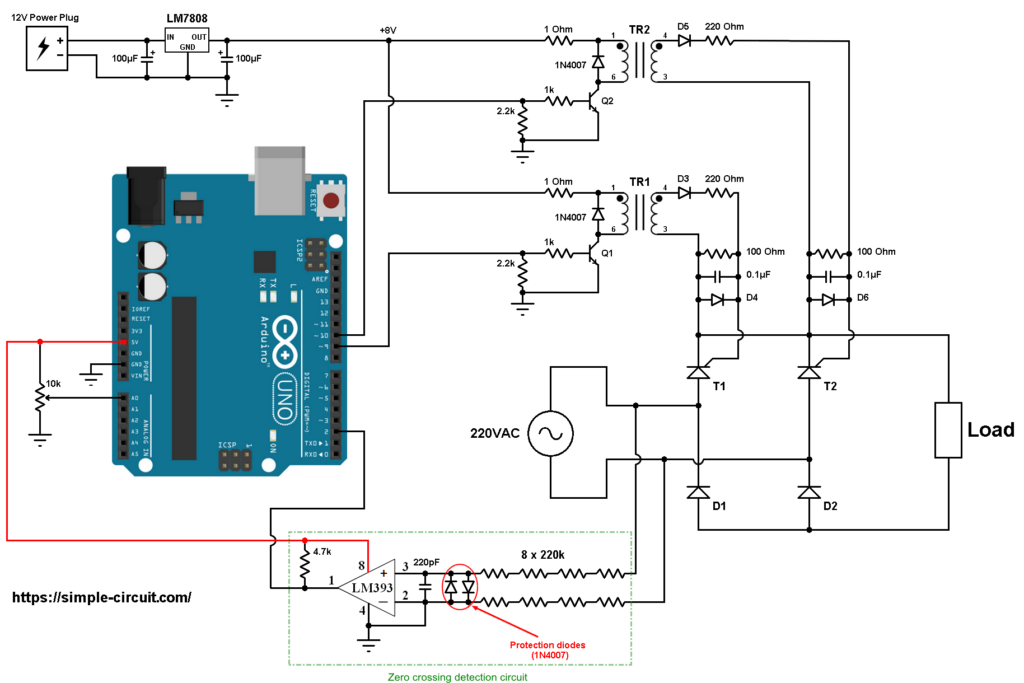 The input voltage of the circuit is 220/230 V 50Hz alternating current (AC) from home outlet (single phase). The phase (line) terminal is connected to thyristor T1 anode and diode D1 cathode, the natural is connected to thyristor T2 anode and D2 cathode.
The load can be purely resistive (for example lamp) or inductive (motor).
I’ve used a simple lamp with 40W (purely resistive load).

The firing angle alpha is controlled from the 10k ohm potentiometer (or variable resistor) where its output is connected to Arduino analog pin 0.

The following images shows some waveform of the load voltage using source of 220VAC – 50Hz and a simple 40 watts lamp.
The first result is for a firing angle of 0 degree (0 µs): 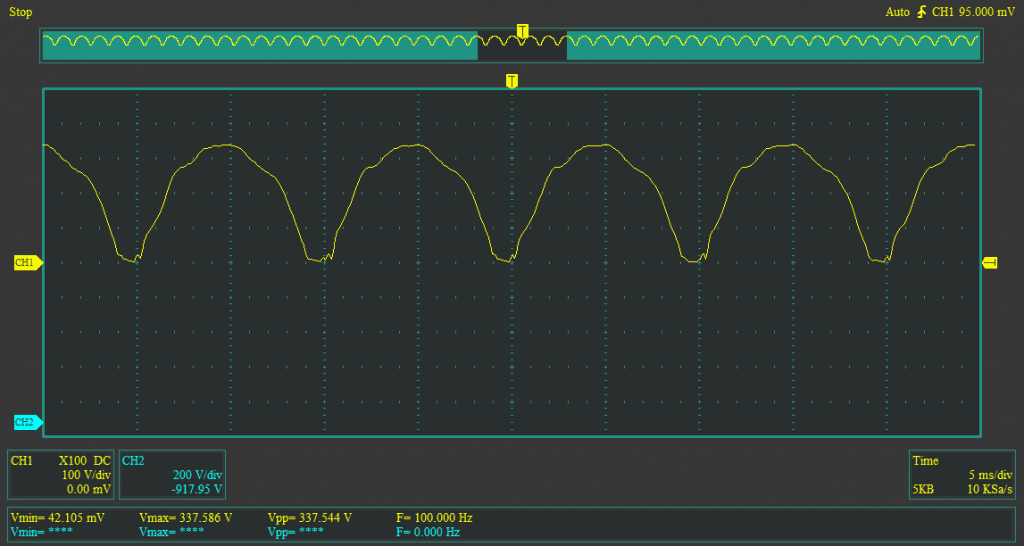 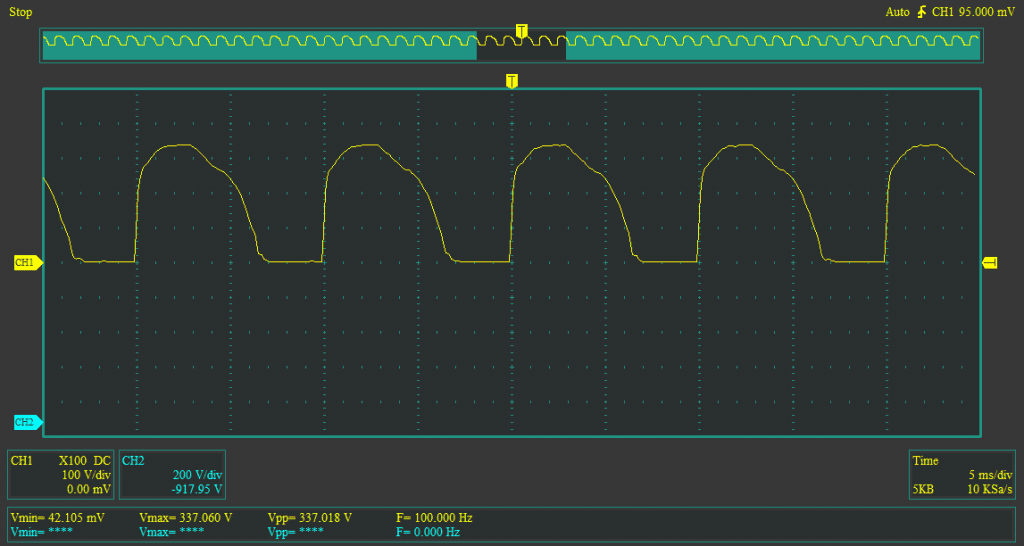 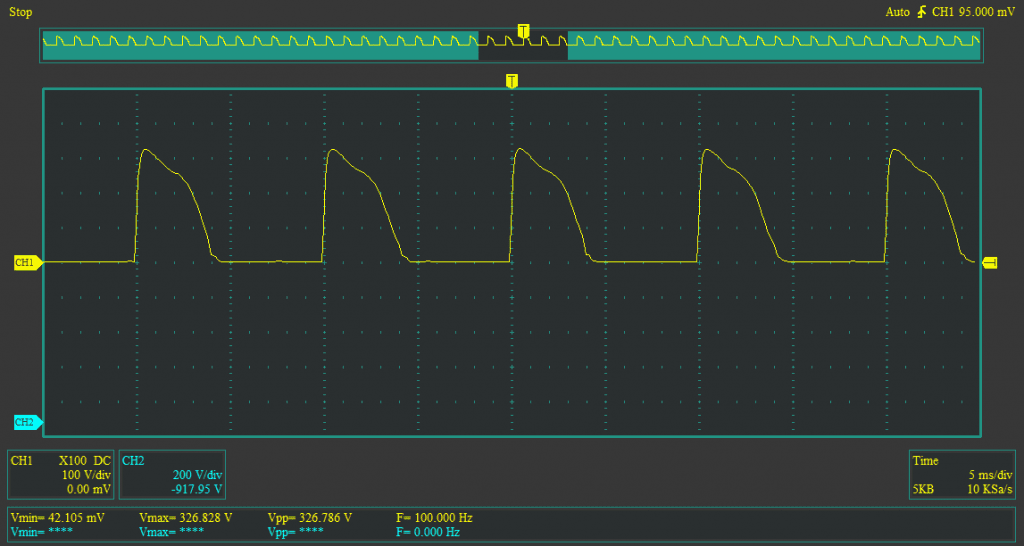 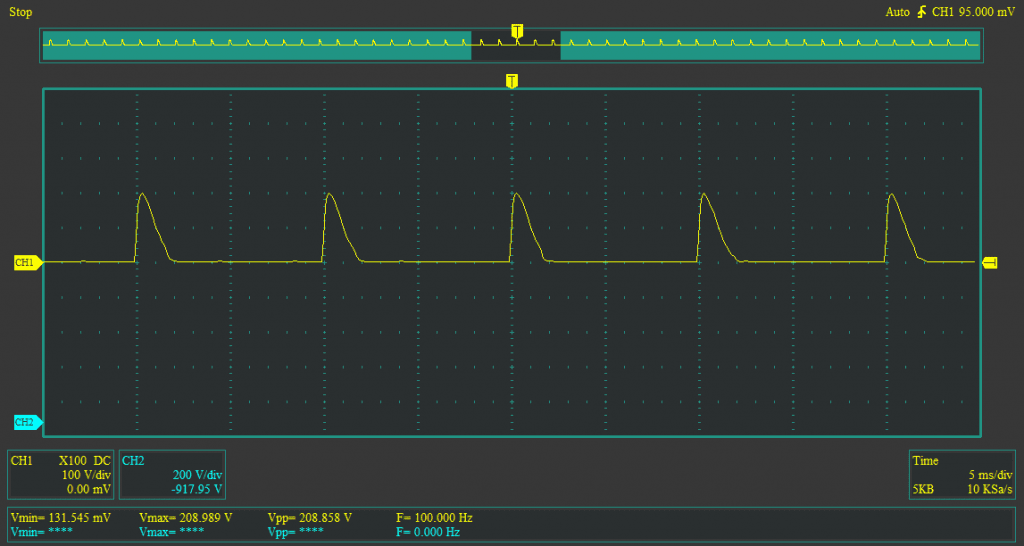 The pictures below shows my simple protoboad circuit parts.
This one shows a complete circuit: 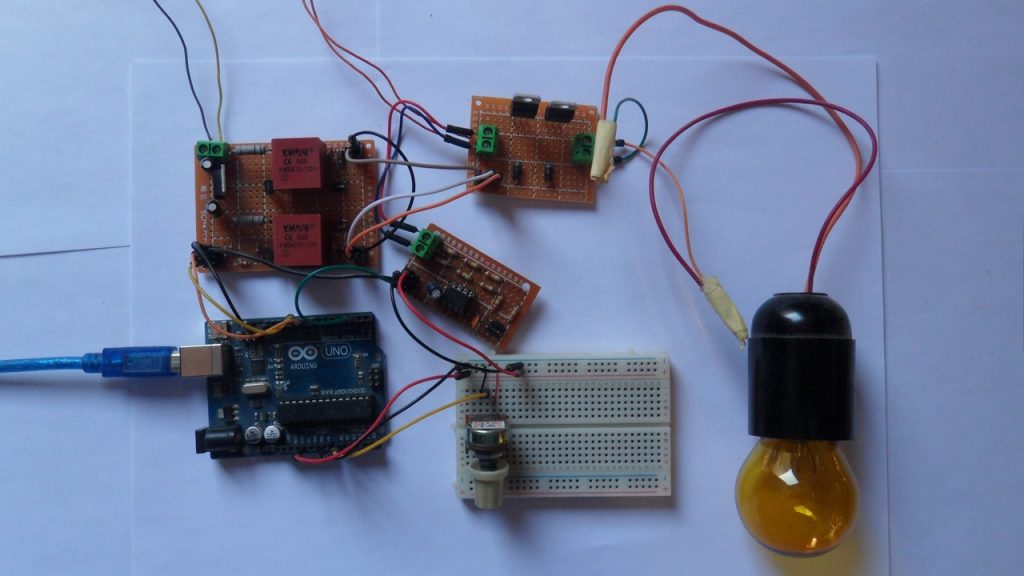 And this shows the bridge rectifier:

This shows the two pulse transformers: 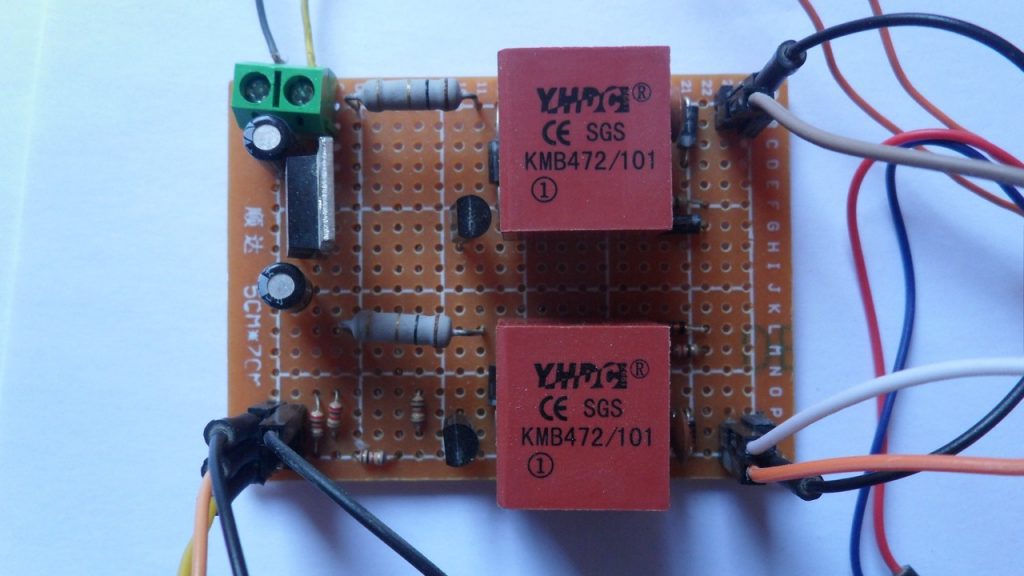 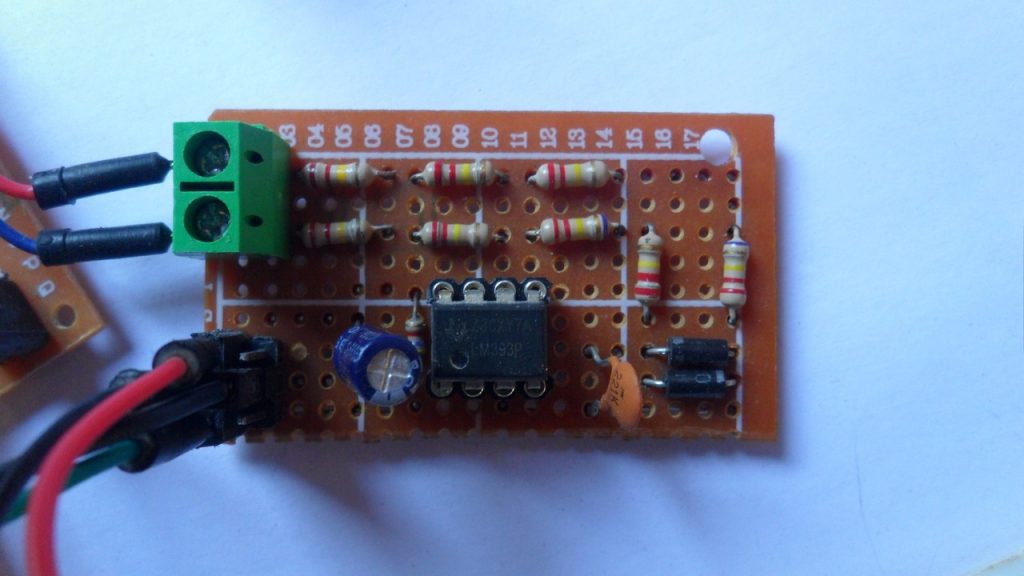