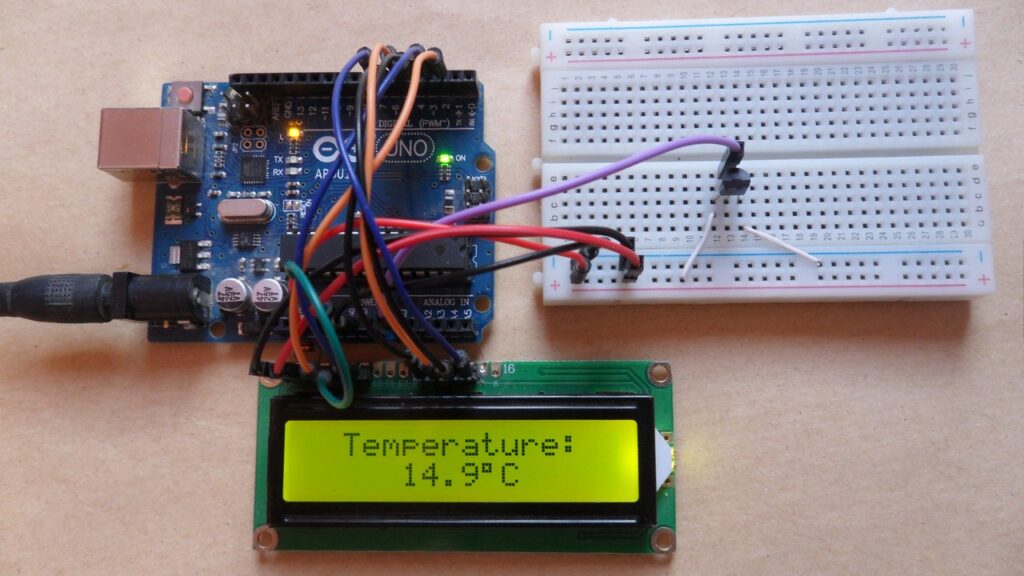 This article shows the interfacing of the Arduino with LM35 analog temperature sensor. The measured temperature value will be displayed on 16×2 LCD screen. 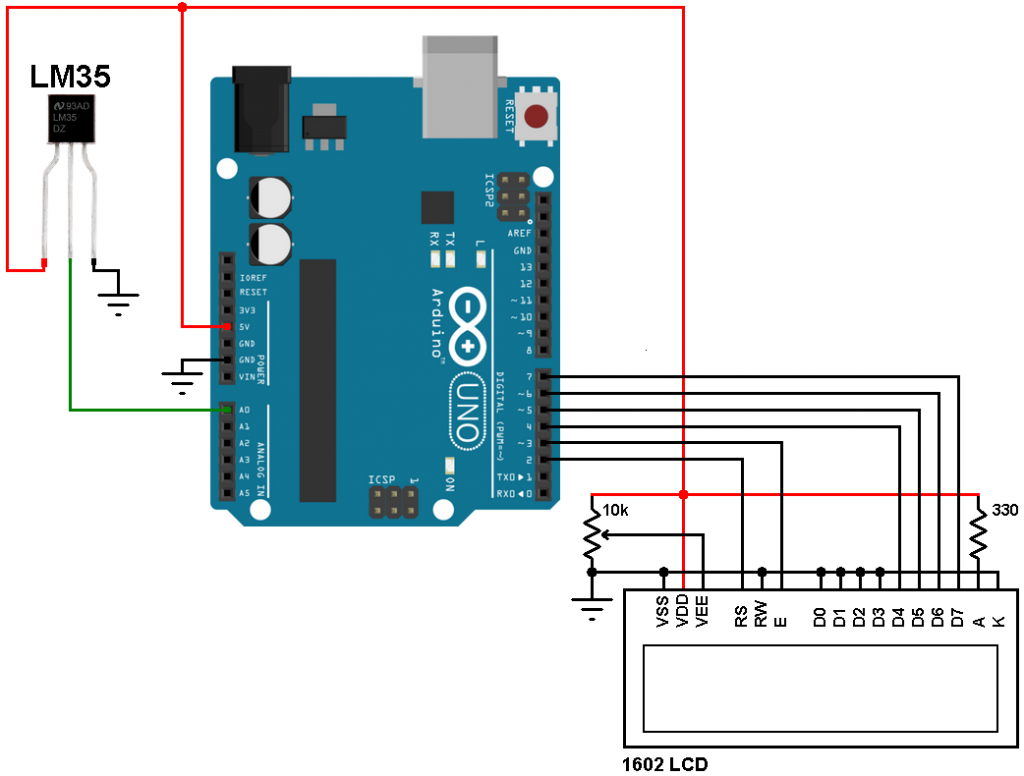 The output of the LM35 sensor is connected to the Arduino uno analog channel 0 (A0) pin.

I used the command sprintf(text, “%3u.%1u%cC”, (int)temp, (int)(temp*10)%10, 223); to store the temperature value (float number) in character variable text with the degree symbol and the letter C ( °C). Here the only one number after the point is used.
%3u is related with (int)temp and it means print the integer number of temp with 3 numbers max (without the point)
. : is the displayed point
%1u is related with (int)(temp*10)%10 and it means print one number after the floating point.
%c is related with 223 and it is for the degree symbol (°) where c is referred to character.
C : is letter
The complete code is the one below.