This Arduino example is for beginners, it shows how to make an LED blinking using Seeed Studio Grove LED socket kit which is shown below:

As shown in the Grove LED board there is a variable resistor of 10k ohm which is used to control the brightness of the LED.
We can easily change the color of the LED by replacing the red one with another with different color (yellow, white …).
This Grove board is compatible with 3.3V and 5V systems.

The LED socket kit is connected to Seeed Studio Base Shield via 4-pin Grove cable, the base shield is an add-on board that directly mounted to the Arduino/Genuino UNO board. 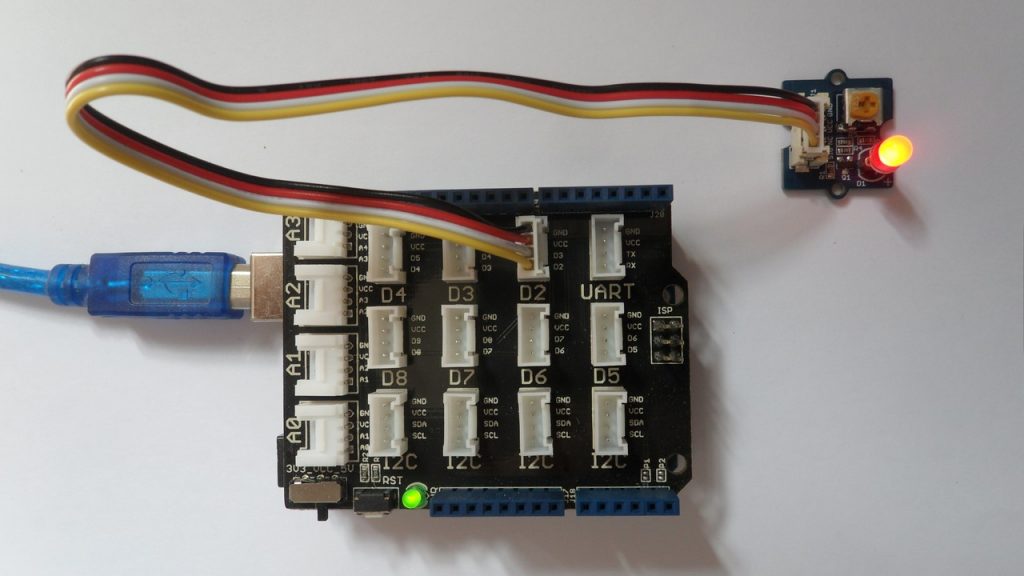 Arduino LED blink circuit:
The following image shows the connection of the LED socket kit with the Grove base shield where a 4-pin wire is used to connect the two Grove modules.
Note that the base shield is directly mounted to the Arduino UNO board. 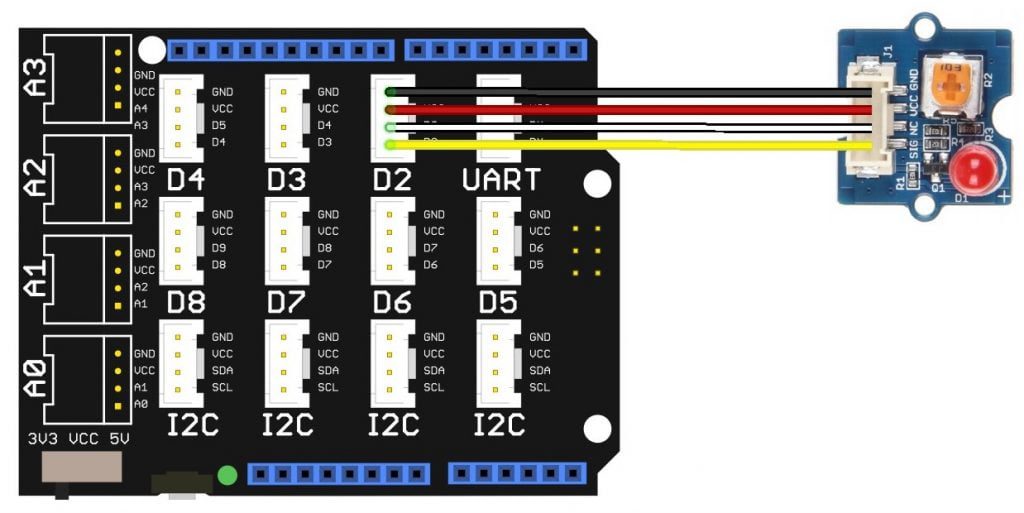 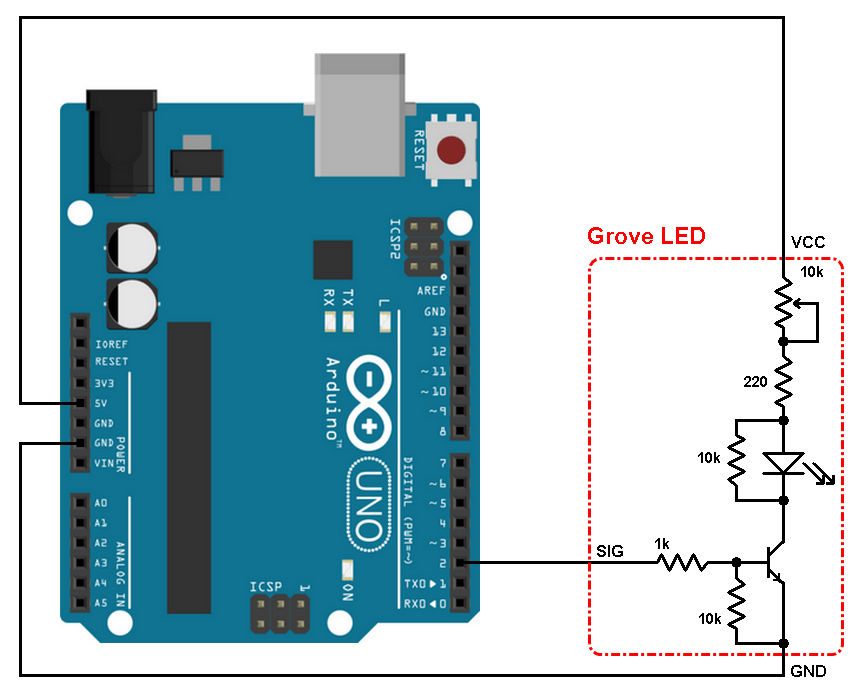 The Grove LED socket kit allows us to manually control the brightness of the LED with the 10k variable resistor (potentiometer).