This project shows how to use low cost 433MHz RF transmitter/receiver modules to build a 5-channel wireless RF remote control system using 2xPIC18F4550 microcontrollers.
The used RF modules in this project are cheap and easy to use with any microcontroller. These modules are shown below with pin configuration:

The following video shows how to get started with low cost RF modules:

The complete extended NEC protocol message is started by 9ms burst followed by 4.5ms space which is then followed by the Address and Command. The address is 16-bit length and the command is transmitted twice (8 bits + 8 bits) where in the second time all bits are inverted and can be used for verification of the received message. The following drawing shows an extended NEC message example. 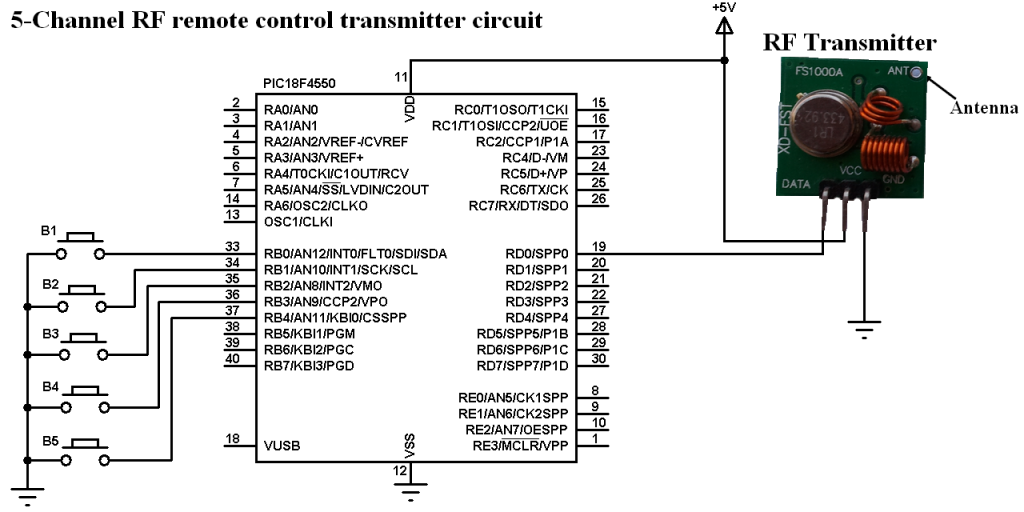 PIC18F4550 internal oscillator is used (8MHz) and MCLR is disabled. 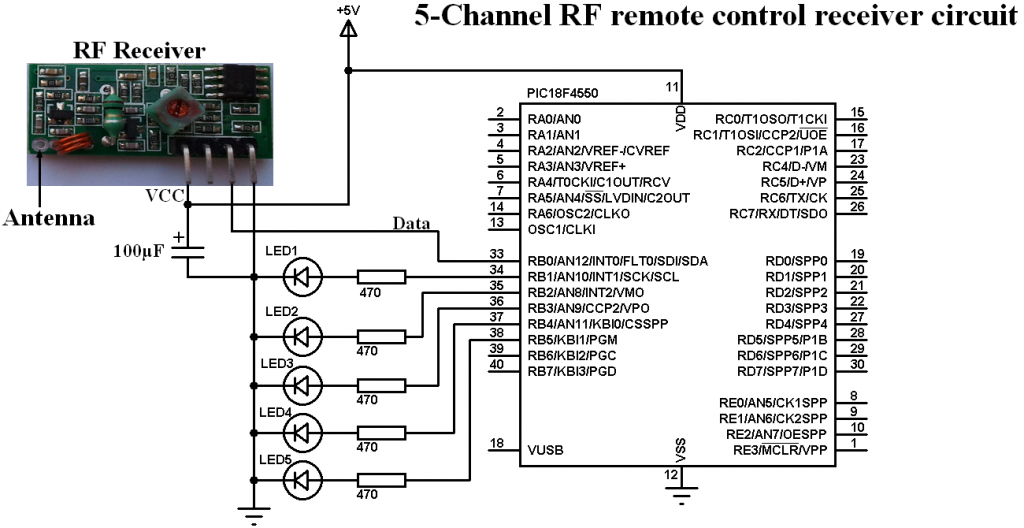 RF Receiver using PIC18F4550 CCS C code:
The NEC message has 32 bits which are divided into address (16 bits), command (8 bits) and inverted command (8 bits).
The microcontroller waits until the RF receiver receives an RF signal which makes RB0 goes from logic 0 to logic 1 and the command used is:
while(!input(PIN_B0));
After that a function named remote_read() is called, this function checks if the received signal has NEC protocol form all the time with a resolution of 10us then returns the received code.

5-Channel RF remote control using PIC18F4550 microcontroller video:
The following video shows a prototype hardware circuit for this project.
In this video I used PORTD instead of PORTB for the 5 outputs of the receiver circuit.