The RC5 protocol message is 14-bit data length which are 2 start bits, 1 toggle bit, 5 address bits and 6 command bits as shown in the following figure. The most important are the address and command bits. 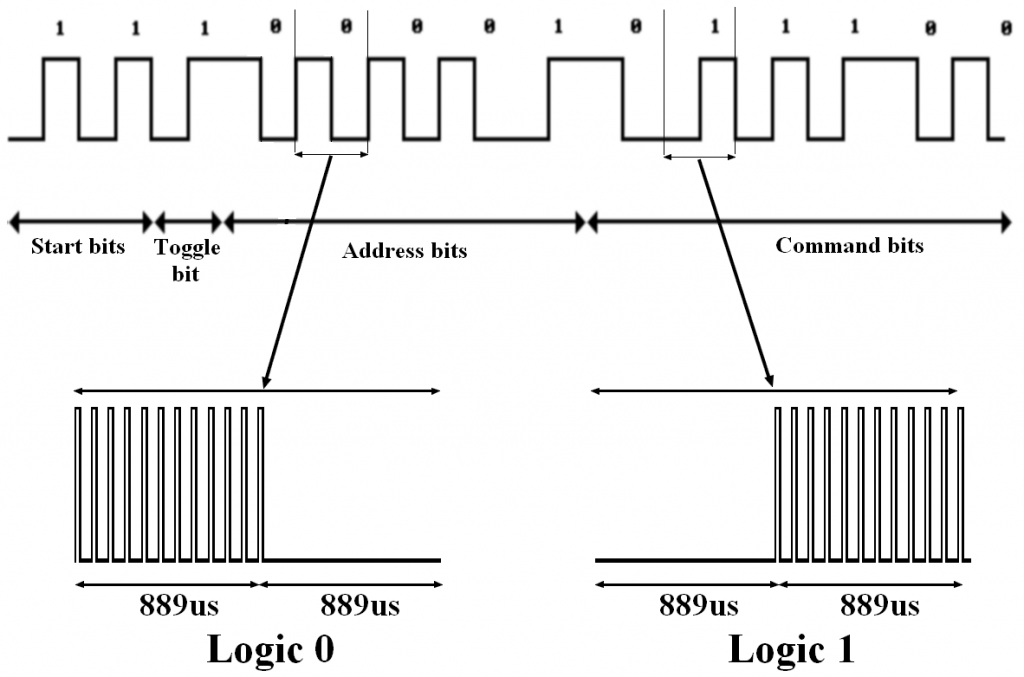 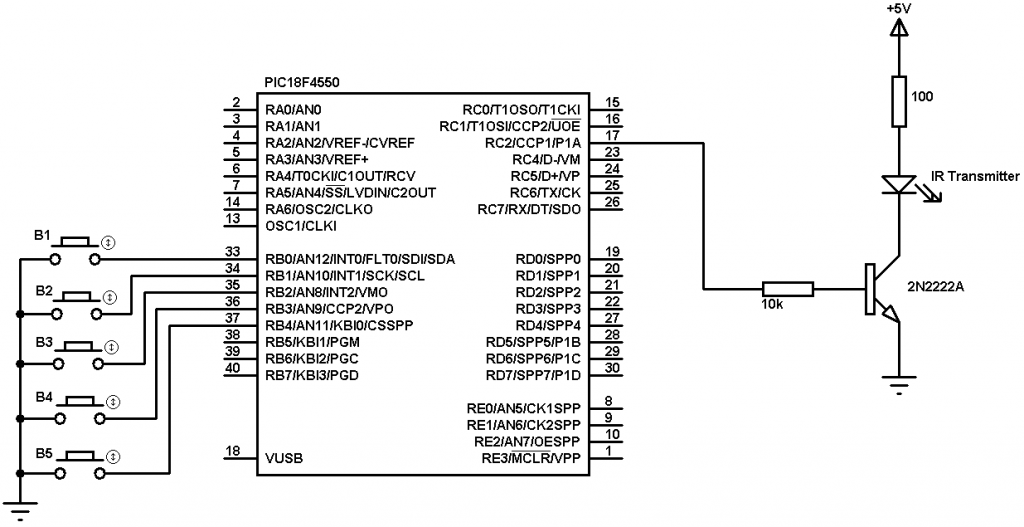 The PIC18F4550 MCU needs 5V supply on its VDD and VSS pins. Its internal oscillator is used and MCLR pin function is disabled. 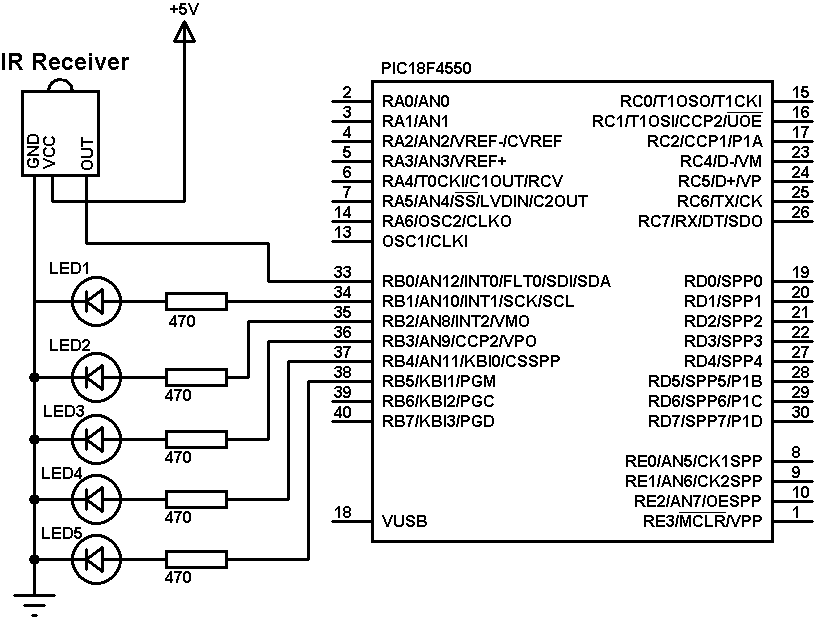 IR remote control system based on PIC microcontroller video:
The following video shows a hardware circuits for the project.